Do you have an exceptional nurse at your treatment centre? 🌟🏥🩸

This year, in the lead up to World Thalassaemia Day on the 8th of May and International Nurses Day on the 12th of May, we are calling on you to help us recognise and celebrate the devoted nurses who dedicate their lives to caring for our patients and their families. We see these tireless workers who provide high quality, respectful treatment, often in challenging circumstances and would like to say thank you.

YOU can nominate a nurse in your treatment centre and say thank you for the work they do. Just tell us in 500 words or less, why you believe this nurse deserves to be recognised as our 2022 Nurse of the Year.

You can nominate your nurse of the year here or download a printable copy here and send via post – PO Box M120, Camperdown NSW 2050. Nominations close 5pm – 30 April 2022.

The winning nomination will be judged by the Thalassaemia and Sickle Cell Society of NSW Committee and announced on International Nurses Day – May 12.

Who can nominate a nurse? 
Nominations will be accepted from thalassaemia, sickle cell and haemoglobinopathy patients, their carers and family members. We will also accept nominations from staff members who work with haemoglobinopathy nurses, however they cannot nominate themselves.

Can I nominate more than one nurse?
Of course! Share the recognition and fill out an individual nomination for each nurse. Unfortunately, we are unable to take nominations for ‘teams’ at this team.

Who is eligible? 
Nominees must be a qualified individual currently employed as an enrolled or registered nurse in Australia, who works within haemoglobinopathy treatment.
I have a question or I need further informationPlease contact our President, George Houssos – president@thalnsw.org.au

Enter your design to go in the draw to win a $50 Kmart Gift Card!

Thank you for considering joining our community.

Our memberships are only $20 and are valid for 12 months and provide access to a range of support services and resources. 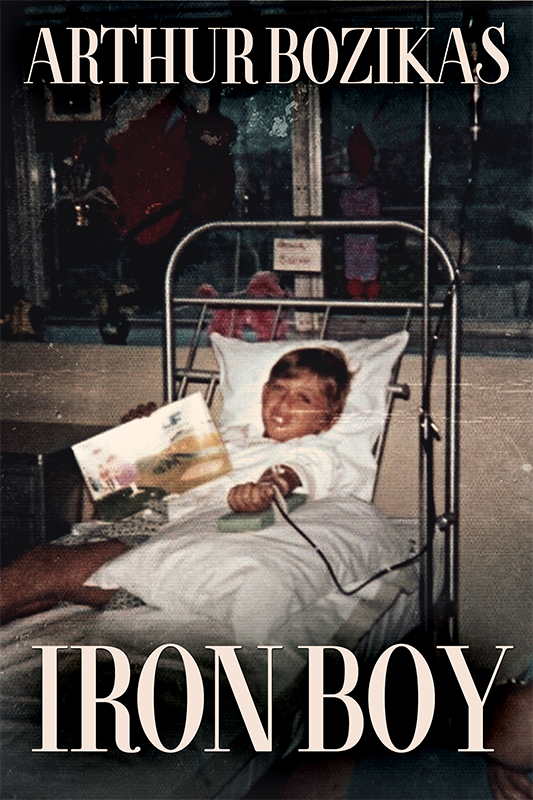 Over 8,600 needle sticks, 700 blood transfusions, and 2,200 blood packs later and Arthur Bozikas OAM is defying the odds of being born with thalassaemia major in the 1960s. “Hope, survival, and prospering against the odds” is a strong theme in his new autobiography Iron Boy: Surviving Beta Thalassaemia Major.

Arthur is second-generation Greek Australian. His Lafka- born mother and Patra-born father emigrated in 1957 and 1956, respectively, and married around a year into living in Sydney.

By the age of one, Arthur was diagnosed with beta Thalassaemia major and by the age of four he had his spleen removed. By 20 years of age he was “getting ready for his life to be over”. Little did he know a new life-saving drug was about to become available, “I didn’t get Desferrioxamine until I was 21 years old, which was in 1981, 1982,” Bozikas says.

By this point, Arthur had unexpectedly outgrown the treatment ward at Sydney Children’s Hospital, Camperdown, “I was going to the Children’s Hospital because [me and my friends Peter and George] were the first in our generation to live at that particular age and to really have normal lives because we were using Desferrioxamine,” he says. “I started using Desferrioxamine with an infusion pump and I had no commitment about compliance because I started this late. It wasn’t until death was imminent at the age of 30, my commitment about compliance resulted to 100%”.

Arthur was married with two kids by the time he made the courageous move from Sydney Children’s Hospital, Camperdown to Royal Prince Alfred Hospital.

He says while Desferrioxamine led him to a healthier life, it was a hospital appointment which really changed his outlook on life.  “I was horrified because they said to me, ‘Look, the damage is done… We’re going to put you on this drug anyway’,” he says. “I keep on recalling the fact that they said that ‘the damage is done… Why should I bother putting myself in any more pain and discomfort when I’m going to pass away anyway?.. Why continue?”

Twenty years later, this appointment would continue to leave a lasting impact on him until his wife – who he describes as the “light in his darkness” – would put his life into perspective and inspire him to enrol at Western Sydney University (UWS).

Arthur went on to study a number of courses including a Master of Management.

“It wasn’t until that day I went to uni that I put those heavy bags down that I had carried all my life … and just put all that behind me,” he says. 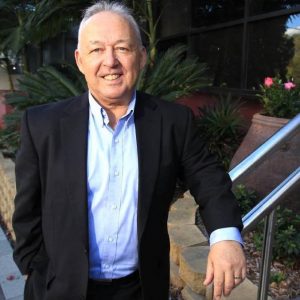 Arthur went from UWS alumni to tutor and spent seven years teaching there and eight years teaching at TAFE. In 2016, he was awarded an Order of Australia for his years and dedication as CEO of disability service organisation, Self Advocacy Sydney. He is also a long standing member of the Thalassaemia & Sickle Cell Society of NSW.

Arthur has been interested in writing Iron Boy for over 20 years.  “When I was at uni, I did some creative writing courses so I could write my autobiography back then.” He  has since published two fiction works, The Book Glasses and Black Ops: Zulu (Tom Stiles Thrillers Book 1) and we are eagerly awaiting the launch of his autobiography, Iron Boy, set to hit the shelves shortly.

For more information, be sure to visit https://arthurbozikas.com/books/iron-boy/

There has been a lot of talk about Pfizer vs Astra when it comes to vaccines. Based on medical advice given to many of our patients, our current stance is we are advocating that those patients with Thalassaemia, Sickle-Cell Anaemia and other haemoglobinopathies be prioritised to receive the Pfizer vaccine if they want it.

Despite falling into the 1B category, many of our patients are still unable to access the Pfizer vaccine. We continue to encourage people to talk to their clinicians about their personal situation, however, we don’t want anyone in our Thal Soc community who would like the vaccine, to miss out due to shortages.

So, we are asking the following questions –

Do you have any concerns?

What support would you like to see from us around this issue?

We would very much like to hear your thoughts on this and what is currently important to you with regards to Covid19.

Tanya our Counsellor has been busy creating and uploading content to help us all realize our full potential. With short info clips on mental health topics such as decision making and supporting our children during isolation, you can find some basic ideas to help you thrive.

You can check it out here –

Content suggestions are always welcome – Please reach out to let us know what you would like to see our next video on.

All we need you to do is fill out an online survey. It will only take 15-20 minutes to complete and will ask you about your experiences and knowledge about contraception, fertility and pregnancy with regards to thalassaemia. The survey responses are completely confidential and anonymous. We would love to have as many people as possible, both men and women, fill out the survey because the more people we have complete the survey, the better we can make the educational materials.

We are also offering 10 people with thalassaemia who complete the survey the chance to win a $100 VISA voucher as a thank you for their time and help with this project.

To access the survey please click on the link below. You can complete the survey anytime on your computer, phone or any other device! Additionally, if you know anyone who would be interested in participating, please pass the link one!

Advocacy has always been on our agenda and continues in 2020 with our president George Houssos who spoke alongside Dr Anthony Brown of Health Consumers NSW at the NSW Parliamentary Inquiry into Health Services in South Western Sydney hearing in July.

If you have thoughts, feedback or questions on haemoglobinopathy treatments in this area, please reach out to Coordinator@thalnsw.org.au

Blood donations are a lifeline for so many of our members and friends.

At present 1 in 30 Australians give blood, but 1 in 3 Australians will need blood in their lifetime.

And because we are all different, a diverse blood supply is important!

Please consider visiting www.lifeblood.com.au or call 13 14 95 to make an appointment and ask about joining our Lifeblood Team ‘Thalassaemia and Sickle Cell Society of NSW’ when you register.

Today I went to visit one of our supporters, Luigi Carrieri of Luigi’s Bakery, in Dulwich Hill. Nestled in a humble shop front on New Canterbury road, this popular bakery is where locals will tell you there is bread like no others. These delicious gems, crafted of flour, water and passion, are made from a recipe and method that has been perfected over two decades by Luigi, a fourth-generation baker.

Luigi immigrated to Australia from Italy at the age of 18 and his journey led to the opening of the Dulwich Hill Hot Bread Shop in 1997. The delectable smell from this little shop invites rumbling tummies and passers by. After a friendly welcome, I find myself asking, ‘Luigi, what is it like working with this smell all day?’ He just laughs stating, ‘forget Gucci and Chanel!’ – A sentiment that we both now share.

Luigi generously provides the Society with his delicious bread rolls for our BBQ fundraisers held throughout the year. So when you buy one of our snags, you have the delicious experience of an authentically Italian, handmade bread roll, crafted over hours and baked with love.

Talking with Luigi, his personal ethos of passion and community is unmistakable. His interest in Thalassaemia and his heart for using his skills and talent to help others is evident and greatly appreciated by our Society. I encourage you to pop by the bakery and try his garlic focaccia’s – And if you’re not a local, it really is worth the drive. 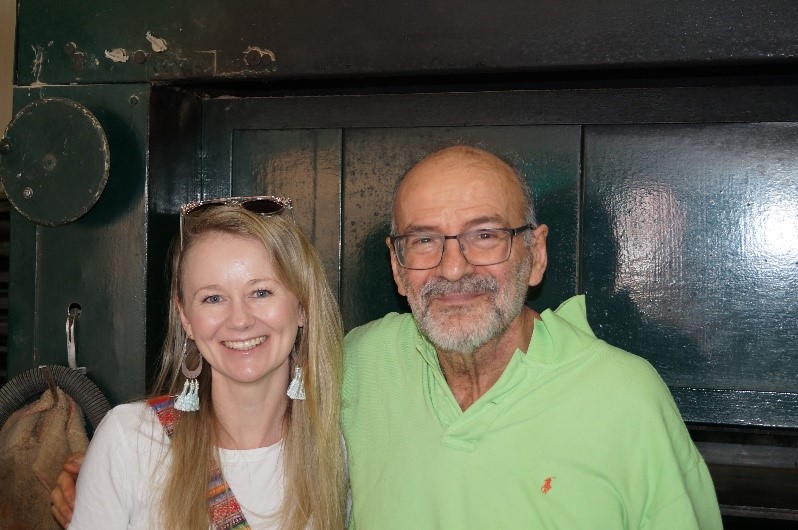 BOOK A SESSION WITH OUR COUNSELLOR

Donate to The Thalassaemia and Sickle Cell Society of NSW